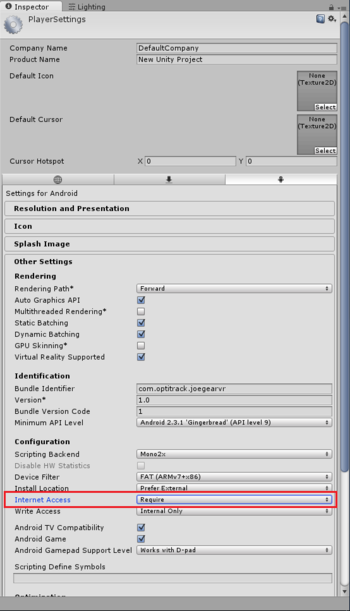 b. Put your phone into the Developer Mode. On Samsung Galaxy, for example, go to Settings > About Phone and tab on the build number a few times.

1. [Android] Connect the smartphone to the internet router which the host PC (server) is connected to.
2. [Unity] Configure the Client object.

- Use Connection Type: Unicast.
- Set the Local IP address to (0.0.0.0). The local address is not required for unicast connections.
- For the Server Address, connect to the IP address that the host PC (server) is connected to. This could also be found from the Android OS when the smartphone is connected to the wifi router.