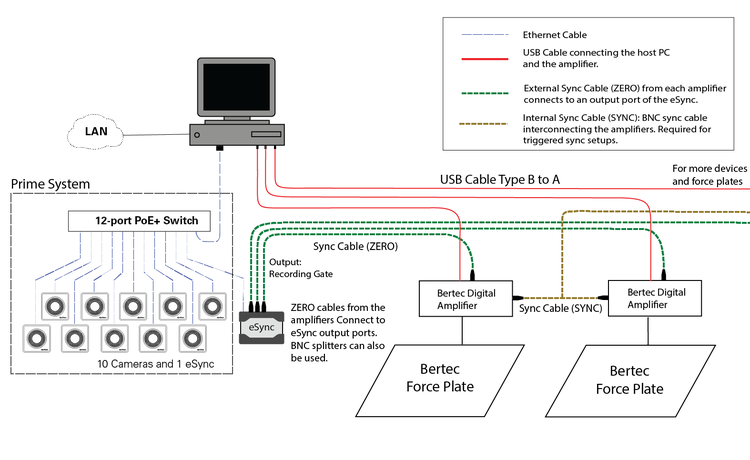 4. Place CS-400 on force plate. Place the calibration wand on the force plate so that the wand vertex is located at the right-hand corner of the side where the cable input is located (shown in the image below). A correct placement of the calibration square is important because it determines the orientation of the force plate and its local coordinate axis within the global system. The coordinate systems for force plates are independent of the system used Motive. Bertec force plates use the right-hand system. The longer arm of CS-400 will define the Y axis, and the shorter arm will define the X axis of the force plate. Accordingly, Z axis is directed downwards for measuring the vertical force.