When a motion capture system is used in conjunction with force plates, they work together as a powerful tool for various research applications including biomechanical analysis, clinical gait analysis, physiology research, sports performance research, and much more. An OptiTrack motion capture system can synchronize with force plates to obtain both kinematic and kinetic measurements. Note that force plate integration is supported only with a Prime camera system using the eSync synchronization hub. For Bertec force plate integration support, you must use Motive 1.10 or higher. This page provides quick guidelines to setting up and configuring Bertec force plates — with digital outputs — along with the OptiTrack motion capture system. 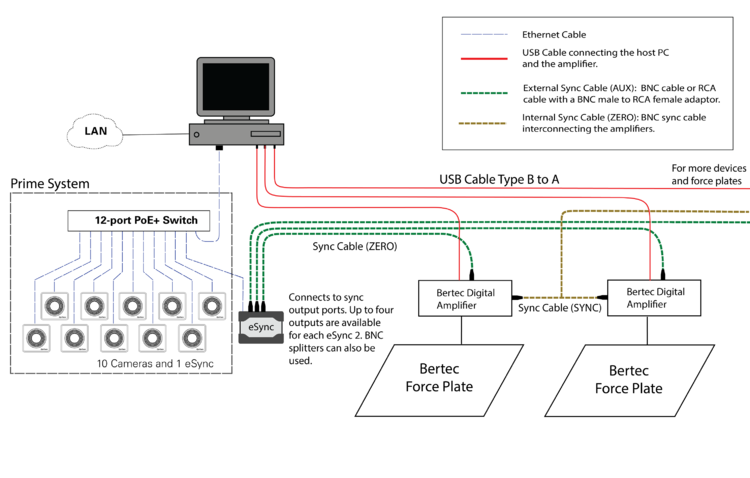