This page provides additional information for the Active pucks and instructions on how to use them.

The following specification applies for active IR LEDs on both the Tags and the Pucks. 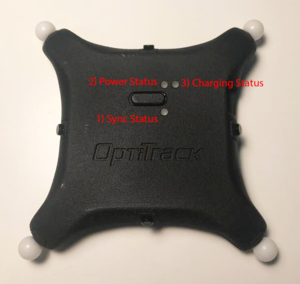 Three LEDs on the puck. This may be slightly different on the different revisions.

The bottom LED indicates the sync status. When the puck is successfully synchronized with a base station, it will start receiving sync packets, and this bottom LED will start blinking green roughly at 10 Hz rate: