5. Set force plate position in Motive. Select the CS-400 markers in Motive then right click the force plate you want to assign to that position, and click Set position. 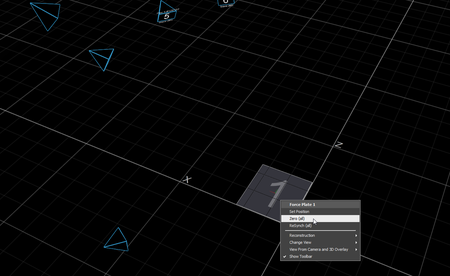 7. Now your force plates will be ready to use!