Sampling rate of force plates is configured through the synchronization settings, which will be covered in the following section. Please note that only specific sampling rates may be supported depending on the amplifier models. 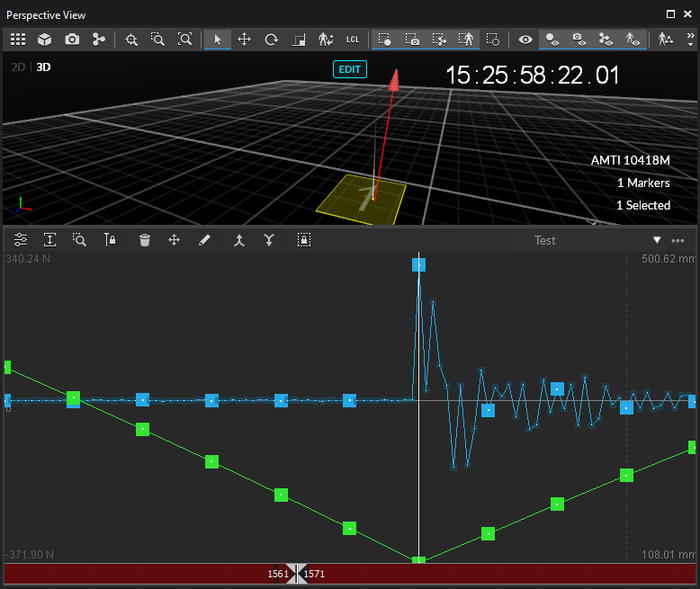 When two systems are synchronized by recording trigger signals (Recording Gate or Recording Pulse), both systems are in Free Run Mode. This means that the recording of both the mocap system and the force plate system are triggered simultaneously at the same time and each system runs at its own rate.

Two systems, however, are synchronized at the recording trigger but not by per frame basis. For this reason, alignment of the mocap data and the force plate data may gradually drift from each other for longer captures. But this is not a problem since the sync chain will always be re-synchronized each time recording in Motive is triggered. Furthermore, Takes in general do not last too long for this drift to take effect on the data.

However, this could be an issue when live-streaming the data since recording is never initiated and two systems will be synchronized only when Motive first launches. To zero out the drift, the ReSynch feature can be used. Right-click on force plates from either the Devices pane or the perspective view, and select Resynch from the context menu to realign the sampling timing of both systems.